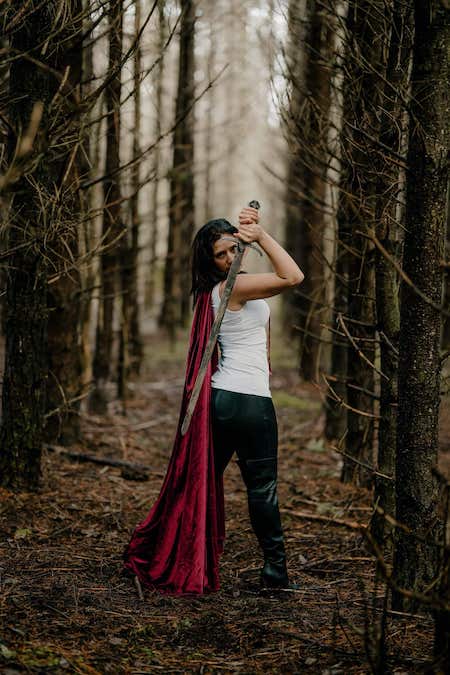 A long time ago, in a galaxy far away, I was born into a family of Star Wars nuts. I have a lot of siblings (somewhere I lost count but I think there was more than could be numbered on one hand) and being one of the young padawans I was subjected to Star Wars marathons, on a regular basis. If you’ve read any of my books you’ll see there is often a reference to said movies as a small homage to my upbringing. May the force be with you and all that jazz.

I started writing when I realized I didn’t want to grow up not believing in magic, or not believing in creatures everyone else said didn’t exist. That being said, I have never seen a fairy, unicorn or dragon. I had a neighbour who swore they fed the leprechauns in their garden, but I never caught the little buggers no matter how long I lay in wait. (And consequently had to help the neighbours plant new flowers to replace those I killed waiting for the leprechauns to show their faces.)

Along the way, I found my husband who is the rock that keeps me from floating away into my dreams, and we have a little boy who is the centre of our world. Living on a farm keeps us busy (as if the writing wasn’t enough) and I have more than my share of stories about wrestling with cows, helping birth calves and ending up in the creek during the process, falling in the mud (we’ll call it mud but we all know that on a farm, mud is rarely mud) and chasing escaped livestock in the hopes the four legged convicts don’t make it to the highway.

I’ve taken up archery, and the goal is to move into horseback archery in time (you know, when I can hit the target on a consistent basis) and when no one is looking, I love to bake (this doesn’t happen often as it’s hard to keep the sweet treats in stock with two boys in the house.)

As to what’s coming next for me? More stories (since those never stop inside my head, I might as well share them with all of you!) and more adventures. Pretty much, when the fancy strikes, I’ll jump on it. Leap before you look I’m sure that motto was created for me.

Or was that . . . think big and dream bigger, ready, set, pull the trigger . . . yeah. That one is a good one too. But only if you have a gun. And are hunting elephants. Which is not cool because of so many reasons. Let’s stick with the first one with an addendum.

Leap before you look and let your dreams carry you on their wings. And that, my friends, is me in a nutshell.

Where to Buy Shannon's Books